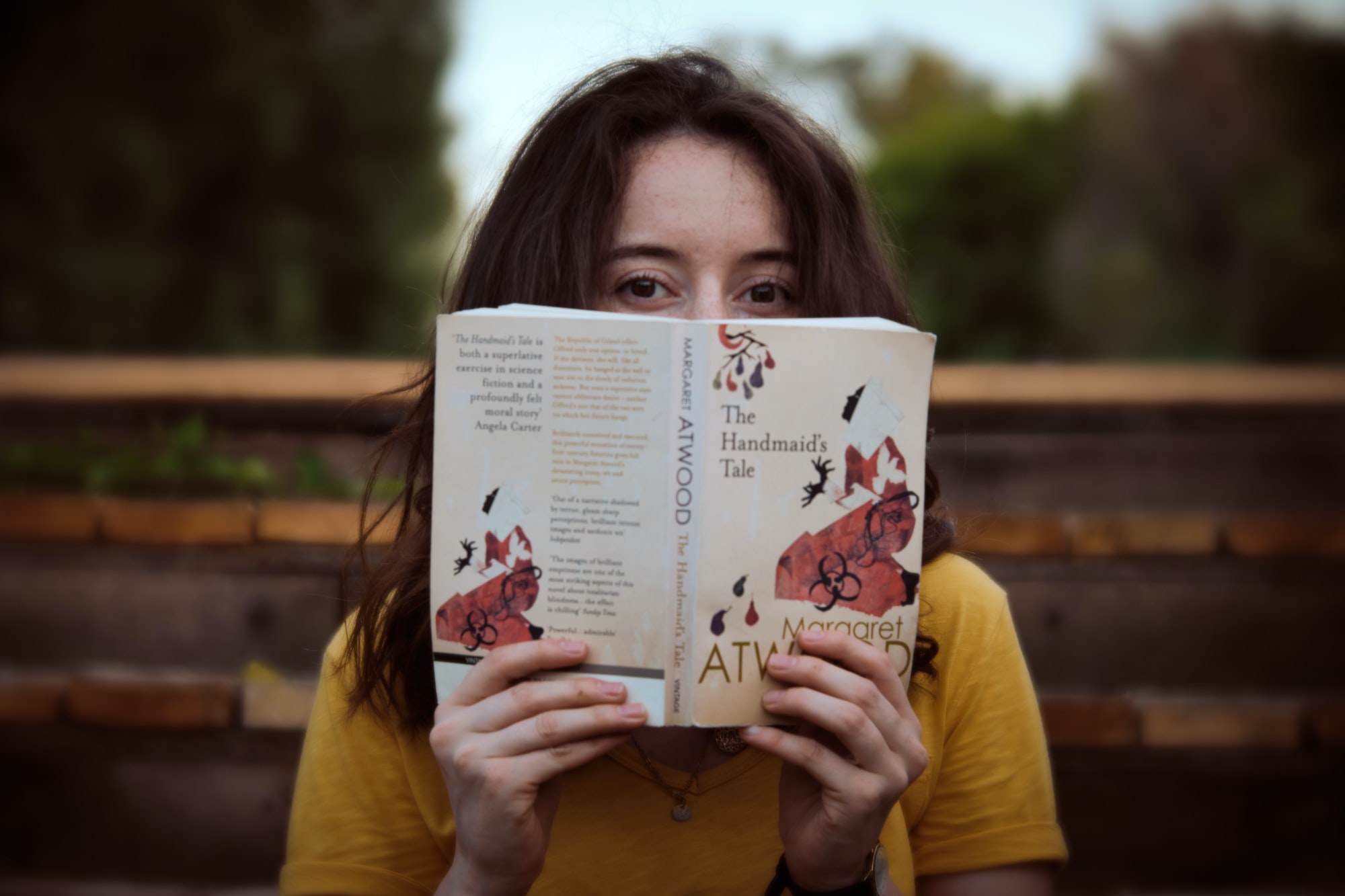 After the disappointment of Vox, a poor modern-day Handmaid's Tale, I decided to return to that story. The Testaments are a well-crafted answer to the open ending of the much earlier Handmaid's Tale.

It's been a while since I read the Handmaid's Tale and I can't remember the details of the story. I remembered the ending and how much I enjoyed listening to it. As I had listened to the audiobook instead of reading the story, I couldn't share one of the main complaints about the book: punctuation. To me, it was a well-crafted dystopian for adults.

Publishing a sequel years and years after the first book comes with risks, but Atwood has done it well. She chose three women to tell the story of not only the downfall of Gilead, but also the beginnings.

We follow Aunt Lydia, a former judge, through the beginnings of Gilead, the complete abuse and mistreatment of women to make them fall in line, and her rising through the ranks. She explains how she and her fellow "founders" set out the rules that would govern the female space.

Meanwhile, we follow the story of a young woman in Canada who turns out to be the baby the Handmaid smuggled out in the first book. She was raised by Mayday operatives, an organization intent on bringing down the oppressive regime of Gilead. When her adoptive parents are killed, she takes on the dangerous role of returning to Gilead to smuggle out a document cache.

The third part of the story, and what feels like the bulk of it, follows Agnes, a young girl on the verge of reaching womanhood (well, getting her period). She tells the story of her upbringing. In her case, a loving mother (or rather, a loving woman who "rescued" her from a handmaid) has made her childhood rather good, leaving her a devout believer in god, even if there is some underlying doubt in the system. Her father takes on a new wife who can't wait to get rid of her. She is supposed to marry a high-ranking commander (whom we know from Aunt Lydia's stories) who is well known for taking on ever-younger brides who mysteriously all die. To evade marriage to this (or any of the much older men), she takes up the chance to become an aunt. There she joins her friend Becky, who slit her wrists in flower arrangement class to avoid the fate of being married. She was raped as a young girl by her own father—a man who also masturbated in front of Agnes and other young girls. Together, they find a home with the Aunts and become Aunts themselves.

In the end, the two women are asked to help get Nicole and the document cache back across the border to Canada. As Becky and Agnes were supposed to go there for missionary work, they decide to hide Becky to give Agnes and Nicole a chance. Becky sacrifices herself by drowning in the water tank on the roof, thus avoiding capture and buying time for the two girls.

Oh, yeah, they are also half-sisters. Agnes is the other baby the handmaid from the first book had. They make it across the border where they are reunited with their mother and their fathers. Their documents bring about the downfall of Gilead and a historian in a kind of epilogue explains that the went on to have children and grandchildren themselves.

What the book did much better than Vox was the way women were brainwashed into service, taking their possessions and their voice, their reading and writing. The society was believable, albeit scary, and while I hope such a future will never come to pass, it painted a picture that reflected well on modern society. A dystopian for adults done right!

I can't tell you if the book has the same punctuation issues as the Handmaid's Tale, but it was definitely an enjoyable audiobook.