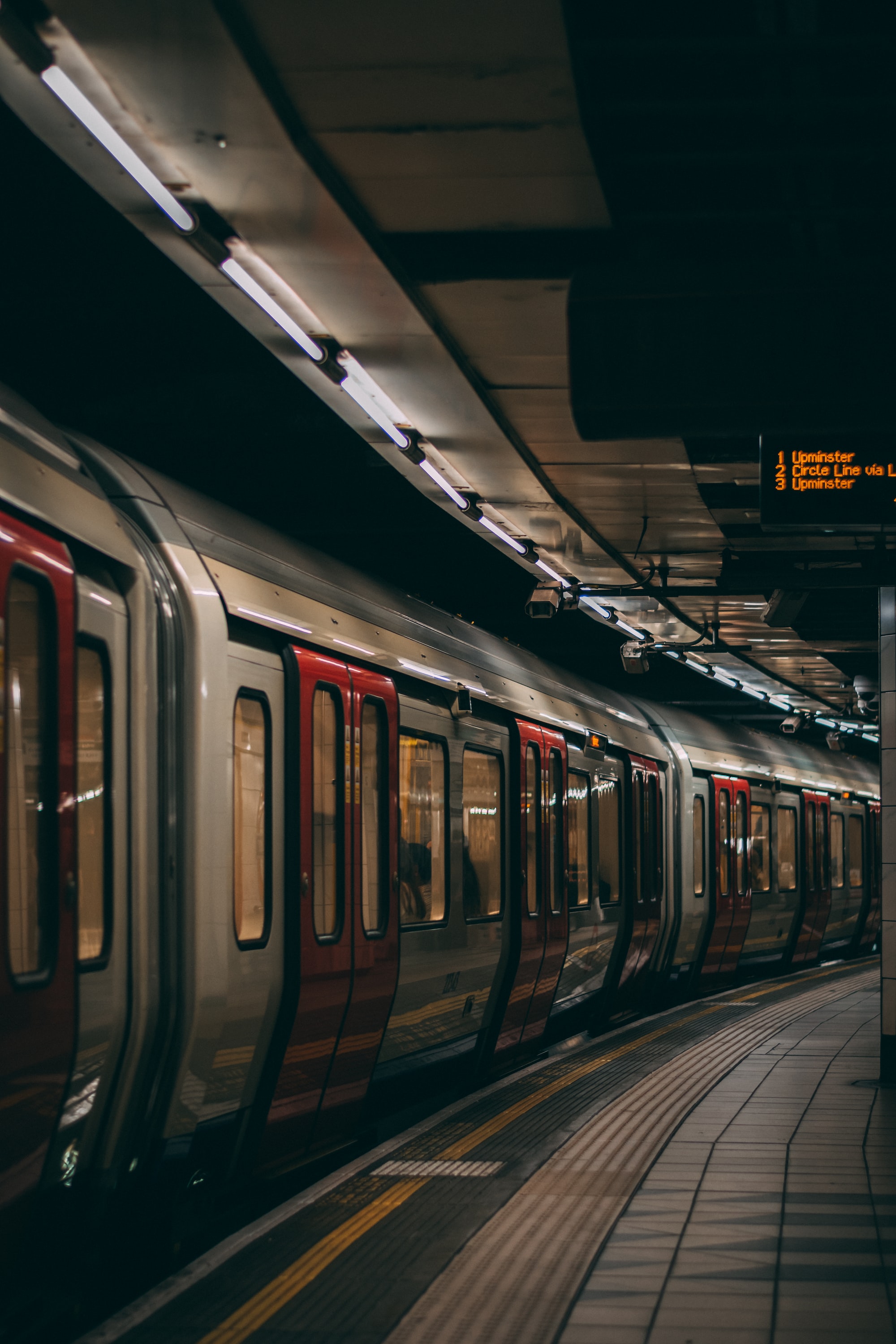 I wanted another Red, White, and Royal Blue, so I set myself up for disappointment. Nonetheless, a decent read with cute side characters, though with a too convenient plot and protagonists that are hard to care for.

August moves to New York to get lost in the city. She meets a girl on a Subway and gets obsessed. They figure out the girl can't leave the train because she is somehow part of the line, after touching the third rail during an accident in the 70ies. August and her go through all the steps of dating on the subway, including sex and a lot of PDA, while August and her friends figure out how to save the restaurant she works at from gentrification and Jane from the train.

I much preferred the side characters to the actual main couple. The other people at the apartment are awesome, and so is the crowd at the restaurant, and the neighbor. She really fleshed those out. But, I don't really like August. I can't identify with her at all, and Jane is just not a love interest, I can get too interested in.

Everything is so fucking convenient. August runs away from life into a big city to get lost in. And everything just works out. She gets the first apartment she applies to (or it sounds like it), finds her new misfit family, finds a job immediately without experience, walks into the girl of her dreams. It feels like Jane being stuck on the subway is the only real struggle. She gets so obsessed with Jane that she doesn't work for weeks, and somehow that's fine, too. She misses class after class, but when she goes to the counselor, everything solves herself, and she can graduate instead. No groveling, no nothing.

And the fact that Jane stops the subway (by causing a blackout) just because she is horny is somehow an annoyingly convenient way to get them to have sex. It's still on a gross, disgusting subway. Steamy and hot, but why is it in public?! I know Jane can't leave, but still. There's another sex scene where Jane fingers August on a running train. They also constantly eat on the train, and I don't like any of it. In general, it feels like the entire paranormal thing is an afterthought. I wish there had been a regular girl with regular reasons why she is unavailable. She could've been the granddaughter or something of the woman who met August's uncle. I don't know. It just feels weirdly unnecessary. The search for August's missing uncle is also a bit of an afterthought. Jane conveniently met Augie (is August named after her brother?) in her life in the 70ies. There's a stupid "Oh, he's dead." moment, but then it turns out he isn't dead, just for him to be dead after all.

Conveniently, Maya's ex is still obsessed with her, and works for the train people. Everything just keeps working out, and all the struggles are minimal and fleeting. They recreate the conditions of Jane's accident by blacking out a substation. It doesn't immediately work, and the solution is a kiss—how do you get more cliché? And there are two bait-and-switch moments right before the end. The first surge doesn't work. They kiss for the second surge and things work out, but Jane ends up a few months later, so she isn't there right away. Conveniently, August is also listening to the radio for the song Jane scheduled. Sure, Jane probably chose a good time, but everything always works out. And then Jane just walks into her shift at the restaurant, and gets a job there as well. She moves into the apartment, and because that is getting too crowded, Wes is essentially living with Annie/Isaiah.

Oh, and August inherits pretty much the exact amount needed to save Billy's in the end. Convenient as fuck.

As a separate issue that has nothing to do with convenience:There's this one random scene where Jane has a split lip and is really agitated (so, she gets violent when she's pissed off?). August tells her that most people are not racist and homophobic anymore, and that Jane would see that if she left the subway. Well, Jane is an Asian butch girl, so she probably has a much harder time than her white savior August. Dismissing her struggle in this way doesn't sit right. Also, I really don't like Jane's violent streak—even though I know it comes from her days of fighting for LGBTQ+ rights.