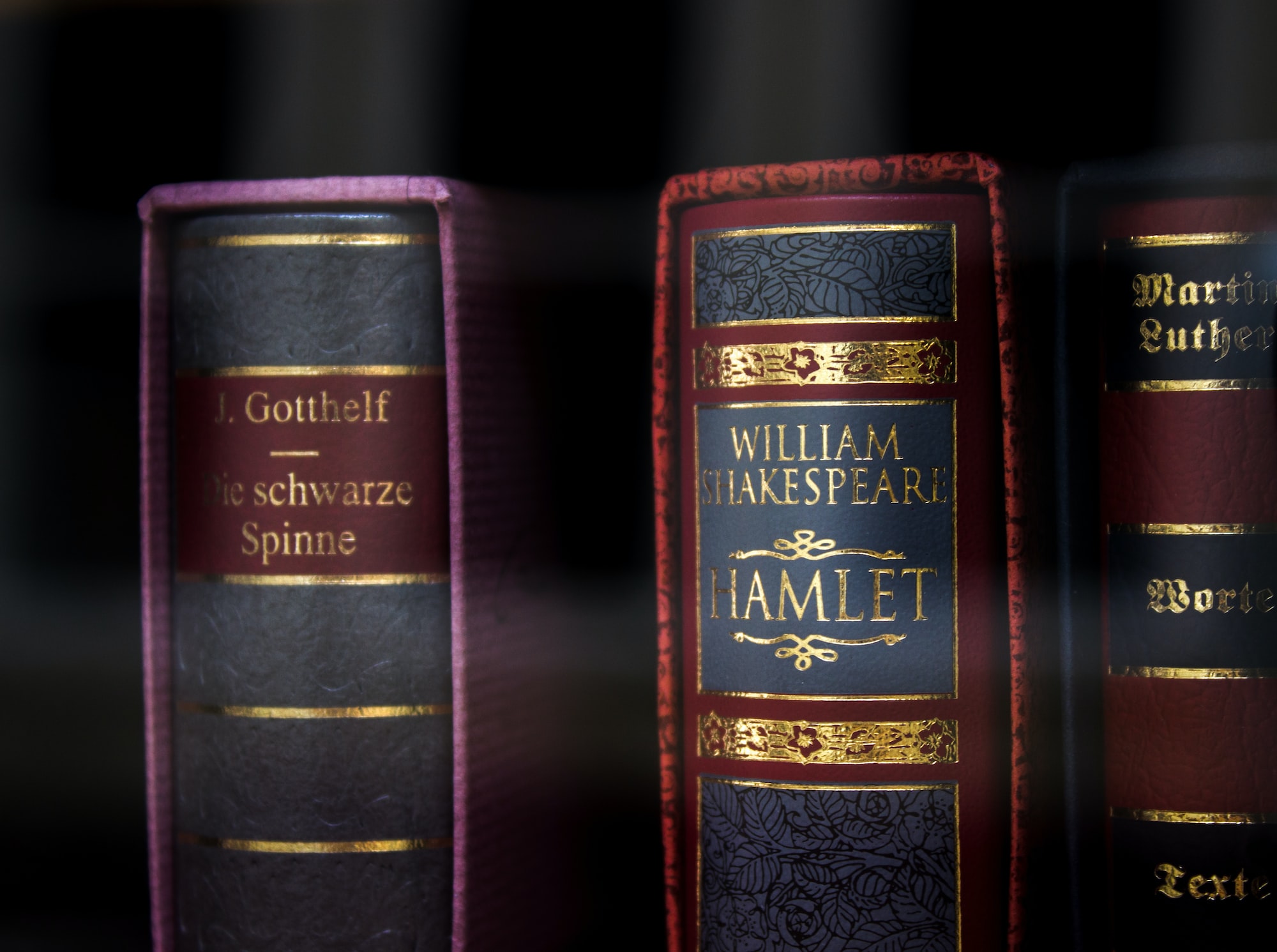 A classic I never got around to. Now, I will finally get the references beyond "To be or not to be—that is the question." What I didn't expect was an LGBTQ+ classic play, but I'm damn sure that's what this is.

The king of Denmark dies, and his brother takes over the throne, as well as marries his wife. Hamlet, the prince of Denmark, finds out that the uncle actually killed the king. He pretends to lose his mind to get time to think. He accidentally kills Polonius, an advisor to the king and the father of his supposed love interest, Ophelia. Ophelia kills herself because of it. Polonius's son comes back from France, and the king and him come up with a weird challenge where Laertes and Hamlet fight. Laertes has poisoned his dagger. He stabs Hamlet with it, they wrestle for a bit, mix um the daggers, and Hamlet injures Laertes as well. Meanwhile, the king poisons a drink for Hamlet, but his mother (the queen) ends up drinking it. Laertes explains what happens, and Hamlet stabs his uncle (the king) and forces him to drink the poison. His friend Horatio wants to drink the remaining poison, but Hamlet tells him to stay behind, and set the record straight.

Once you pay attention, it is obvious that Hamlet is either gay or bisexual and that Horatio is his true love.

It was hard to get into the old English at first, and the first two acts dragged on a bit, but it got better toward the end. A big issue of the play is that the characters seem rather flat, except for Hamlet himself. This gets a bit better in the final act, and is probably because it is a play and the actors would portray the character.