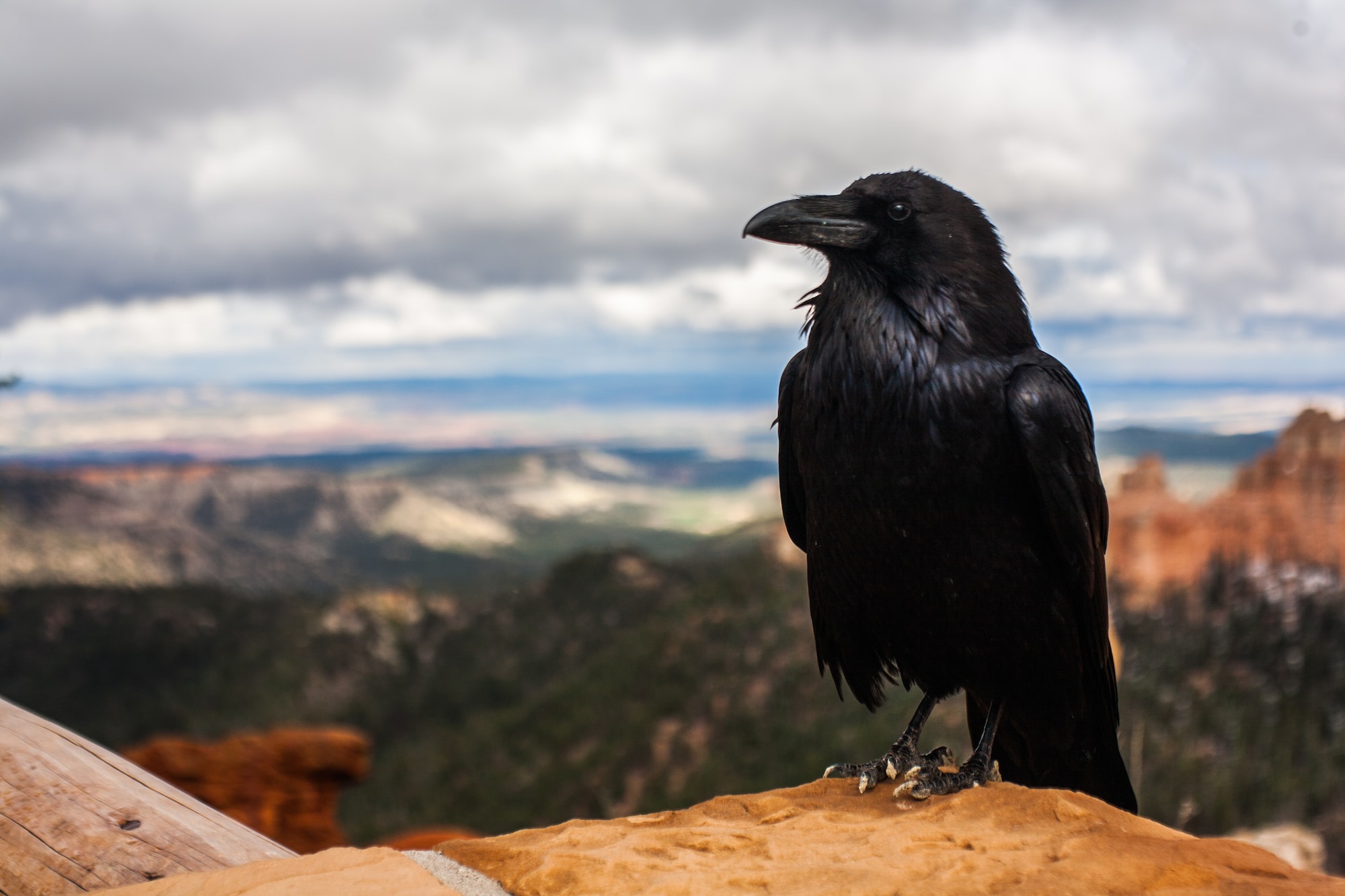 A post-apocalyptic book with a crow as the protagonist? Count me in. After an excellent first book in the series, the sequel feels like she used up all her muse and vocabulary in the first book. She missed so many chances and ruined a very promising idea with a disappointing sequel.

She should’ve stopped after the first book. She seems to have used up her smart vocabulary and animal facts on the first book. The second book reads as if she used a thesaurus for most of it—and sometimes the words don’t seem to mean what she wanted. Shit Turd is a passive narrator who is also very much a self-centered idiot and an obstacle. Dee, the last human, has grown up to be the kind of human I would like to be: able to understand nature and live alongside other animals. Instead of letting her discover who she is, he forces her into what he considers human behavior, puts shoes and clothes and such on her, and tells her off for peeing in the wild. It’s annoying and frustrating. He’s also too self-centered to see that his friend is exhausted because she’s carrying eggs, and things like that. I really don’t like him.

Thirteen years later, ST is somehow still alive. He lives in Tooksook Bay, Alaska, where he is trying to raise Dee, the last human, with a pack of owls. But, after Dee accidentally crashes a bird’s nest with an ATV, things escalate quickly. She finds a few humans in a gas station and set the thing on fire to free them from what they have become. ST was overprotective, so she doesn’t understand how dangerous fire is. So, they have to run. They flee, find a boat. The boat sinks. They get rescued by Orcas. Onida, the octopus oracle, is now suddenly a walrus. They take Dee to Seattle, where they enlist the three tigers to get her somewhere safe. But things don’t seem to go the way they wanted to, and Dee gets taken. In the end, they find her in the nest of some mutated humans. They rescue her thanks to monkeys, oxen, and numerous birds and insects. Then, they walk through the forest and meet an actually alive human male, but she knows he’s dangerous and kills him.