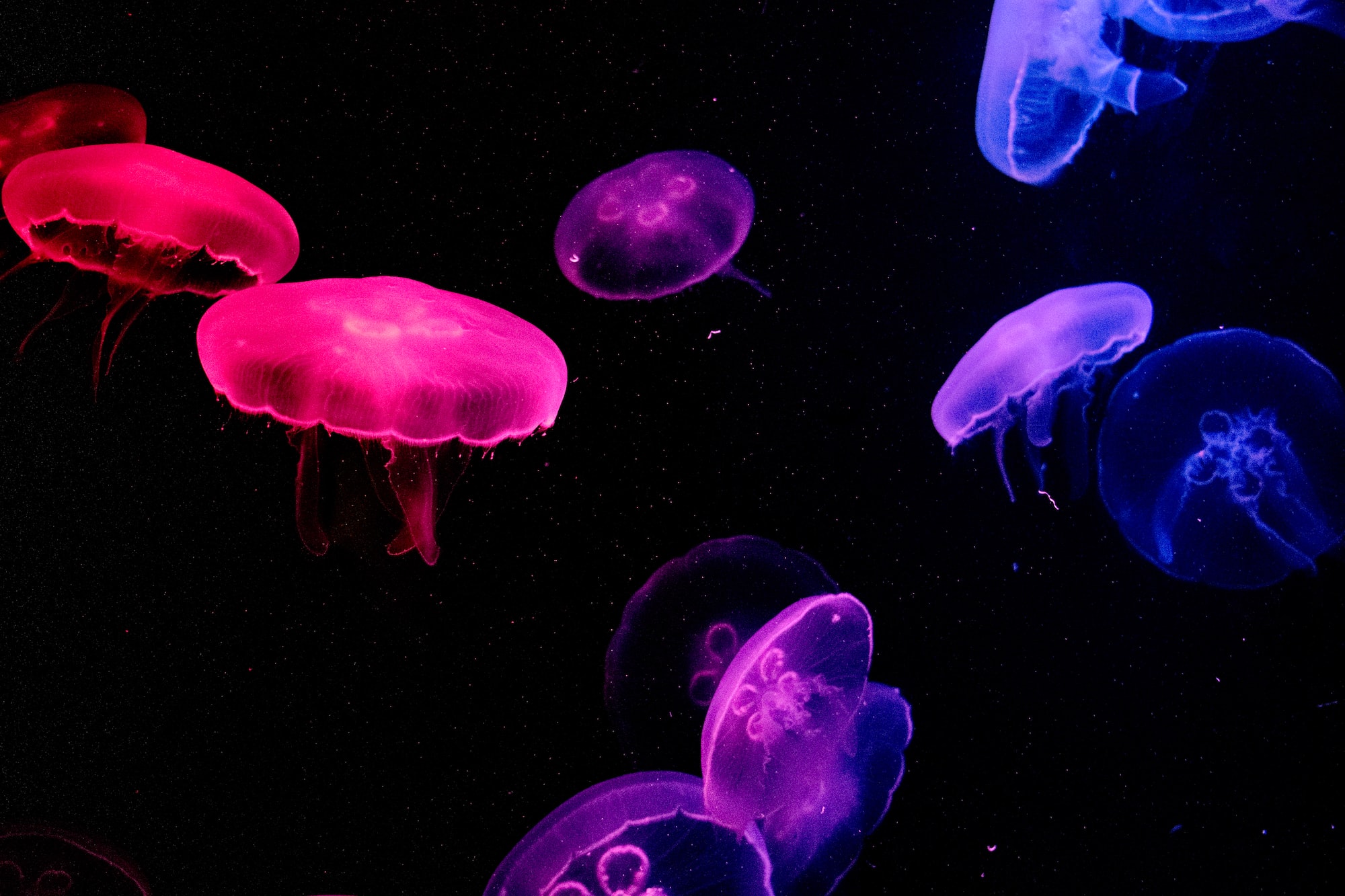 If I tell you that we'll be talking about cnidaria (pronounced nahy-dair-ee-uh) today, you probably have no idea what I'm talking about. And if I made you google it, we'd quickly figure out that no one knows how to spell it either. To spare you all that, I'll tell you what cnidaria are:

Cnidaria, also called coelenterata are marine animals. The phylum includes corals, hydras, jellyfish, anemones, among others. And I'm pretty sure that you'll learn some fun facts to make or end your next date.

To make matters more complicated, there is another very similar phylum in the animal kingdom: Ctenophora. So while the sea jellies belong to the cnidaria, the comb jellies are Ctenophora. Taxonomy is messy as always.

First, let's make sure we know where we are on the tree of life. We started this journey with the single-celled organisms and are now in the animal kingdom. First, we looked at the Porifera, one of the simplest of the multi-cellular animals. Technically, there's the Placozoa but we skipped those, as they are essentially small, flattened blobs of a millimeter or so. I  tried to do some research on them to find something cool to talk about but got bored pretty quickly. So now, we have reached the Eumetazoa. Eumeta-what, you ask? The subkingdom Eumetazoa includes all animal groups except for the Porifera and Placozoans. They are technically characterized by having tight junctions but you probably don't care what those are, so we'll just accept that as a fact.

I have a feeling there will be this one person in the comments asking about tight junctions, so I'll be super brief about it and leave you a link for more insights. Tight junctions are connections between neighboring cells but without the exchange of anything. They just hold the cells stably together. Your stomach and colon, for example, have tight junctions to make sure your food doesn't end up where it shouldn't go.

There are many different kinds of cnidarians:

For cnidarians, it makes sense to start with their life cycle, as it's where the whole make-or-break-your-date idea happens. Cnidarians start their live as a planula—that's what the larvae are called—and then becomes a polyp. This polyp later develops into the medusa stage. Not all cnidarians have all three stages, though, and we'll get to that in a bit.

Let's use sea jellies as an example. First of all: why don't I call them jellyfish? Well, it's simple. They aren't fish. And while the common name is typically jellyfish, scientists and people like me try to not use that term as it is misleading. I also try (though I sometimes fail) not to call starfish starfish. They should be named sea stars instead, as they are not fish either.

Anyway, back to our sea jelly life cycle. It starts with adult jellies (the medusa stage) releasing eggs and sperm into the water. The planula grows from the fertilized egg and floats around as plankton for a while. If it survives, it attaches to rock, coral, or substrate and starts the polyp phase. In the polyp phase, the mouth faces away from the rock. It is attached with the aboral side. Our cute little polyp starts to feed and grow. They can reproduce asexually during this stage by a process called budding. We talked about budding in the video about porifera—sponges—and it's kinda like branches growing on a tree just that every branch is their own animal.

In spring (or whenever they are ready, depending on the organism), some of the buds detach and float around as immature ephyra larvae. These larvae are what grows into the mature medusa stage and our cycle is complete.

As I said, this depends a bit on the cnidarian we are looking at. As you just saw, the sea jellies go through all of the stages we discussed plus their in-between stage after the polyp detaches and before it grows into a mature medusa.

Coral don't have a medusa stage. They have many ways to reproduce though and we'll get into the details next week when I dive deeper into coral. For now, let's continue our introduction to cnidarians.

Cnidarians are still pretty simple organisms but they are definitely a step up from the Porifera. Porifera have two main cell layers, the entoderm and the exoderm with a jelly-like layer of cells between. While cnidarians were long thought to also be diploblastic, they have a type of muscle that arises from the middle layer—at least in their more complex organisms. This means they are triploblastic. The same is true for the ctenophores, comb jellies. They can have two or three main cell layers.

But, as I said, cnidarians and ctenophores are more complicated than sponges. We have reached animals with sensory organs and inter-cell connections, as well as a simple nervous system and muscles. No more water-filled cell sacks. Okay, fine, they are still water-filled sacks.

Jellies are 95% water, but let's have a look at the remaining 5%. In the simplest terms, a jelly has oral arms with nettle cells, shorter tentacles, the bell or hood at the top, and a mouth at the bottom. From the top, you can see the gonads and some of the canals. Fun fact, box jellies have 24 eyes, two of which are capable of forming images and the rest are more primitive but help the jelly navigate and respond to light.

Cnidarians have cnidocytes, stinging cell or rather nettling cells. They work like a needle in a spring. When the cnidarian feels threatened, they release the spring and stab you with their tiny nettle cell.

Most cnidarians are harmless to humans. Some are painful but only dangerous to sensitive or allergic people or in a massive dose. I wouldn't suggest bathing with a bunch of Portuguese man-of-war. But the only cnidarians that are commonly fatal to humans all belong to Cubozoans, the box jellies. The sea wasp, Chironex fleckeri, is the currently most venomous jellyfish known. It leaves pretty bad nettle marks on your skin and can actually kill you in three minutes by causing heart failure before you can even get back out of the water.

When I was at the Baltic the other week, I was fascinated by the jellies there. I watched a "boring" Aurelia aurita for far too long. Moon jellies or common jellies are not harmful to humans, as their nettles can't get through our skin. But they are beautiful. And when I saw a blue jelly, I hovered around it until it got too cold to stay in the water any longer and I had to leave the beautiful creature. When I asked a kid on a board if he had seen the blue jelly, he said "There are jelly fish everywhere here. They are booooring." I guess, I am more excited by nature than normal people.

Ctenophores don't have cnidocytes and are completely harmless to us. Instead, they have colloblasts, kinda like tiny tentacles for catching prey instead. Much less sneaky.

Ctenophore means comb-bearer which is kinda fitting as they have eight comb rows of fused cilia. Remember, cilia are the little eyelash like whips that allow some animals to move or direct prey. The fused cilia of the ctenophore move in sync, so it's pretty hypnotic to watch them. Many ctenophores have two long tentacles but many don't have any. None of them have arms. Ctenophores only have a medusa stage, no polyp stage. Another thing that distinguishes them from the cnidarians is that they have an actually complete digestive system.

Many cnidarians from symbioses with endosymbiotic algae but as coral are a prime example of that, we'll get into it next week.

So, how are we as humans affecting cnidarians?

Well, getting eaten would certainly count as being impacted by humans and some larger sea jelly species are consumed in Japan, Korea, and Southeast Asia.

Coral are probably worse off, though. As you know, climate change has a huge impact on coral reefs, so you already know that we are—again—fucking things up for the cnidarians, but we'll get into coral bleeching next week.

But while we are in the middle of the sixth mass extinction with species going extinct left, right, and center, jellies are actually one of the species thriving. Global populations of many sea jellies are growing.

Being 95% water makes jellies unsuitable as food for many species. Just not worth it, especially considering the stinging cells. Very few species can actually eat jellies. Sea turtles, especially the leatherback, are known to consume jellies. I remember an exhibit at the Aquarium of the Pacific in Long Beach showing how closely a clear plastic bag resembles a jelly and how turtles end up eating plastic bags thinking they are jellies. Not good!

The Mola mola, one of my favorite marine inhabitants, a heavy bony fish that looks like a dumb pancake—damn, I really need to get a Mola mola tattoo at some point—eats jellies. The bearded goby, a bottom-dwelling fish found in South Africa and Namibia, is also known to consume jellyfish. There are a few general feeders that can eat jellies as part of their diet if not primarily.

The problem is that the few predators of the jellies are actually in decline so jelly populations are skyrocketing. It doesn't help that the jelly's absence of complex body parts makes it easy for it to adapt to changing ocean conditions. They aren't vulnerable to fluctuations in temperature, pH or salinity.

Human activity has caused the ocean to warm and get more acidic, making things harder for many species. Overfishing has taken predators out of the food chain. Jellies actually seem to do better in shitty conditions and produce more offspring and breed for more of the year. And they are already pretty good at reproducing to begin with. Man-made structures like oil rigs provide extra attachment surface for the polyp stage. Fertilizer run-off leads to algae blooms which further deplete the oxygen in the area but some jellies are able to withstand these oxygen minimum zones which means little to no competition while they munch on the plankton.

So now we've got actual jelly blooms. In some areas, you can't even enter the water. I remember that a bunch of divers dive with jellies in the Monterey area during the bloom every year but they have to make sure to not leave any skin exposed while they dive.

One of those blooms in 2018 caused a thousand people to get stung by blue-bottle jellies in Florida.

And to make things worse, large numbers of jellies can clog power-plant pipes. That actually happened in 1999—yes, this problem isn't new, it's just that no one is paying attention—where an island of 40,000 people lost power after jelly fish were sucked into the coal-fired power plant's cooling pipes. And then it happened again in 2011 in Israel.

And these blooms can also be deadly to fish. In essence, if there are many jellies, it's an indicator that the ecosystem is out of whack. And, as always, we humans are to blame.

So, to not leave you with that dire note—though Greta is right that it is the best way to end a topic. We don't need hope. We need action.—let me bring things full circle and tell you how to use all this to make or break your date: if you think about it, jellies and coral are the same thing in different life stages. And don't you get nit-picky on me. I am fully aware that a coral doesn't grow into a jelly. But they are both cnidarians that favor a different stage of their life cycle and I, for one, had no clue how closely related jellies and coral are. 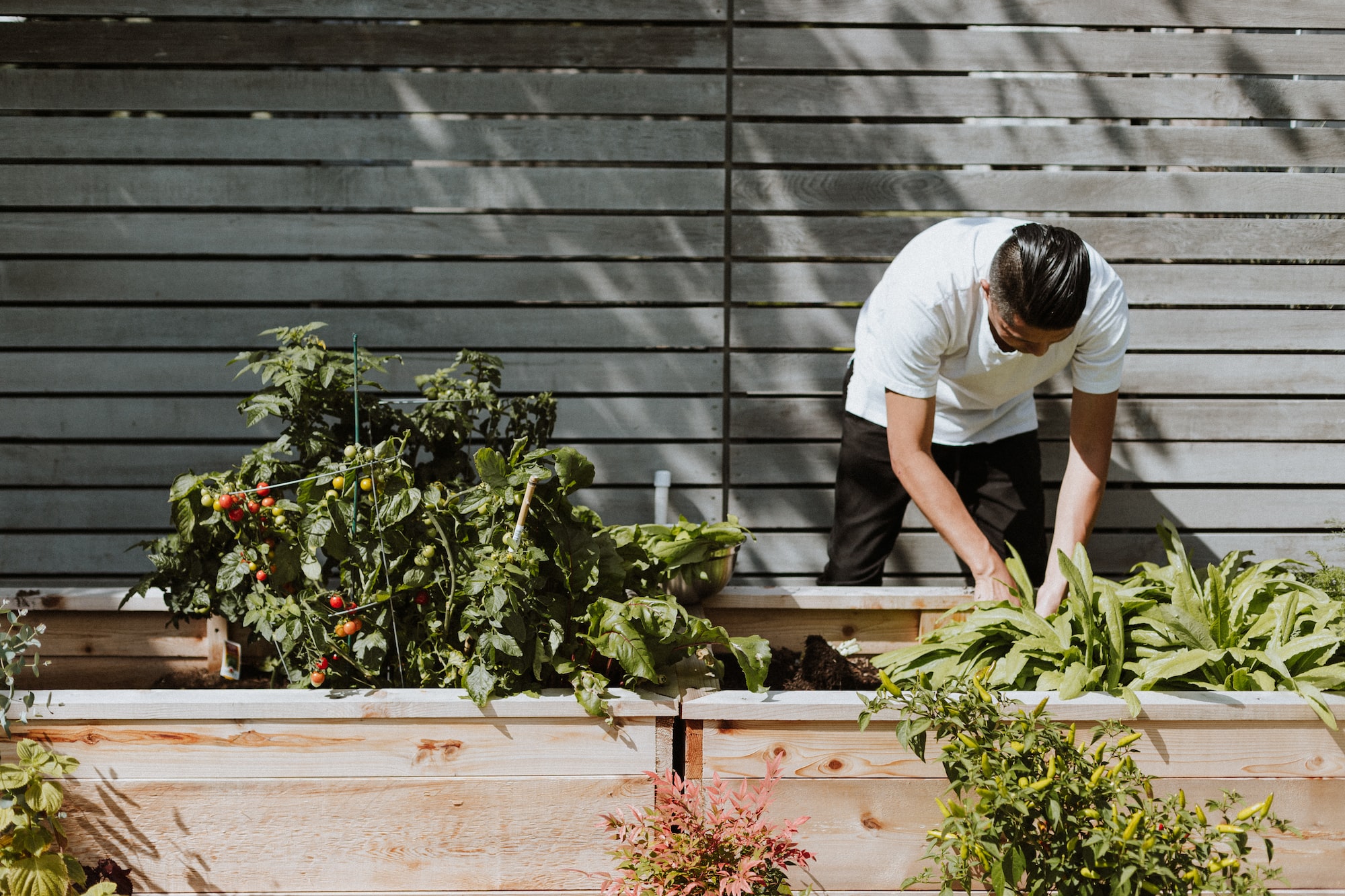 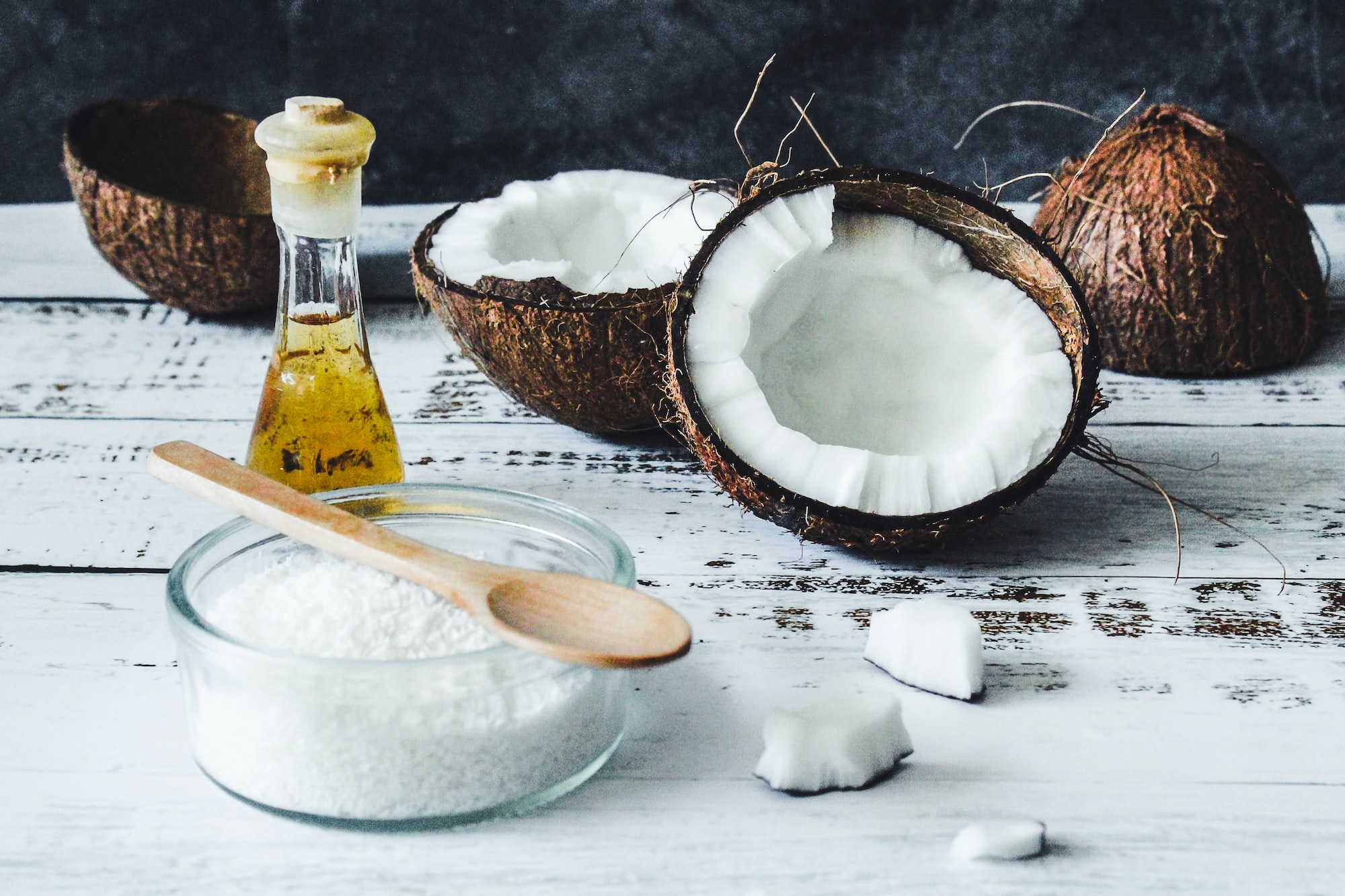