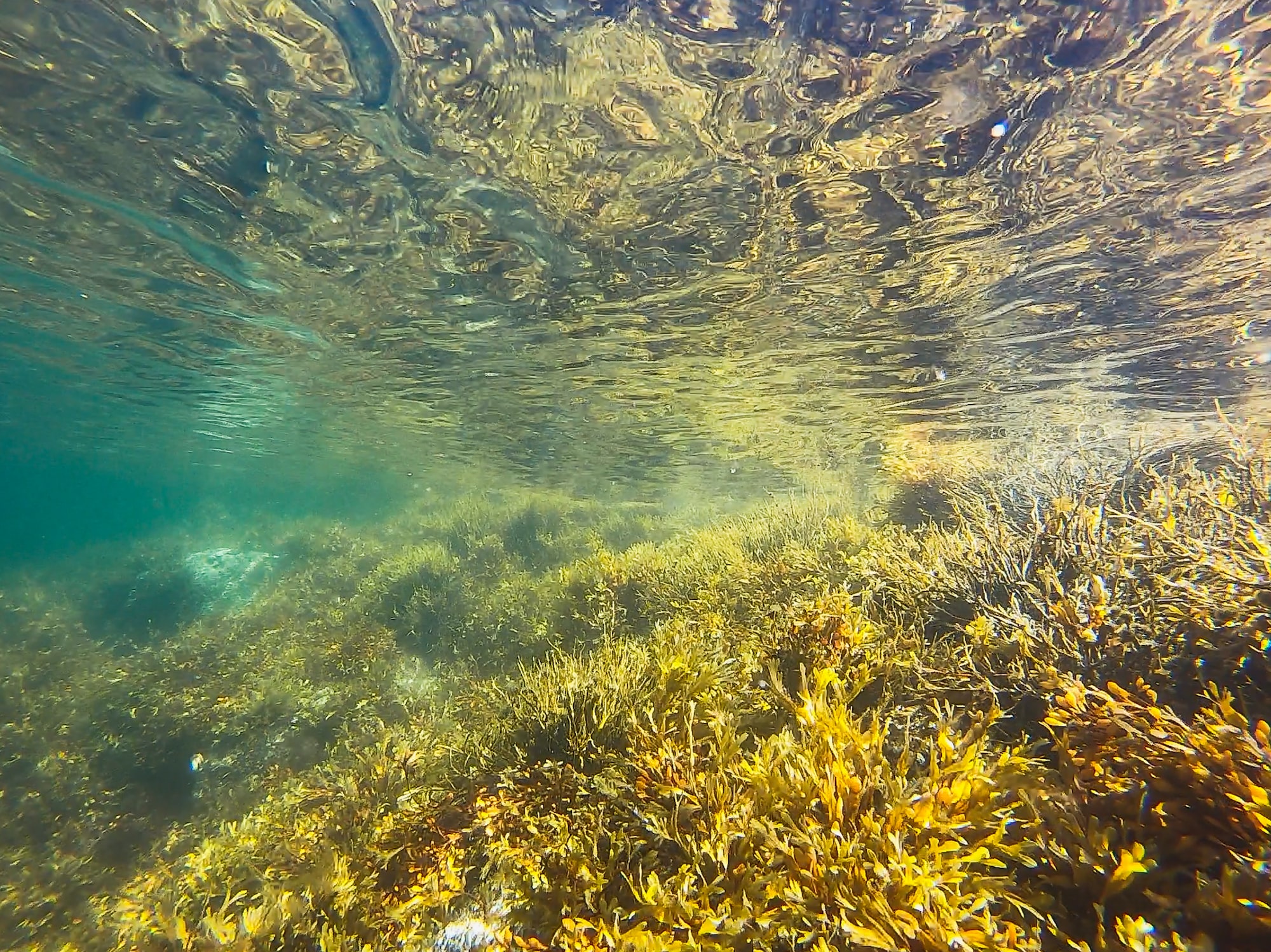 How do you offset your carbon footprint? You plant trees. Right? Well, as we established in the episode on primary production, trees are actually not the major player when it comes to carbon offsetting. For that, we need to look at underwater “forests.”

Don’t get me wrong. I’m not saying we shouldn’t save the trees. Definitely, absolutely, save the fucking trees. Trees are awesome. I can’t wait to tell you all about their underground communication networks and communications through scents. It’s pretty damn cool.

But the trees we are saving aren’t actually the trees that need saving… We don’t plant diverse rainforest to offset carbon emissions. No, we are planting trees in monocultures to hopefully grow large and offset carbon. We burn off carbon dioxide now while offsetting it with the potential of future consumption?

It’s like when you grow a garden and sell all the food in your house. Your garden might be able to feed you down the road, but how does that help you right now? Just stop messing with the forests. Leave them alone, and they’ll do their thing as efficiently as possible. And as I learned from The Secret Life of Trees, you can even harvest wood from those forests in an ecologically and economically sensible way.

So, we already established that the ocean is responsible for about 45% of the greenhouse gas offsetting. Seagrasses and macroalgae make up about between a quarter to half of that: ten to twenty percent total.

Seagrasses are essentially submerged land plants. In their case, underwater meadows might be more fitting than underwater forests. They are related to the terrestrial flowering plants and are actually real flowering plants, angiosperms, themselves. Angiosperms are plants that produce their seeds within a fruit. Flowering plants make up about 80 percent of all the know green plants on this planet. An alternative to flowering plants is cone plants, so plants like pines. Those are called gymnosperms. Gymnosperm means naked seed (as in, not hidden within a fruit). I guess that somehow connects to the naked athletes in Ancient Rome’s gymnasiums.

But, I promised underwater forests, so let’s talk about the second major group of underwater “greenery” before we get into details. My favorite ecosystem is probably Giant Kelp forests. Giant Kelp, Macrocystis pyrifera, grows in the temperate waters of the Eastern Pacific Ocean, as well as all oceans of the Southern Hemisphere. It builds giant kelp forests that provide a home to thousands of species. They can even successfully hide sea lions and Giant Sea Bass. I’ll never forget getting surprised by fish larger than me in one of them. Don’t worry, Giant Sea Bass are very gentle giants, and they would much rather hover in place quietly than hurt you.

Macroalgae are also called seaweed, though seaweed can also include seagrasses because no one ever seems to agree on anything. So, let’s use macroalgae, which is clearly defined, yay.

Despite looking a lot like plants, macroalgae are actually algae. You probably guessed that from the name, right? What I had no clue about was that kelp is a heterokont, so a protist. Up until, well, ten minutes before writing this, I was under the impression that there were only small protists. I used to refer to them as the bacteria of the eukaryotes. And yes, I totally changed the previous scripts of this before publishing them to not look like a complete idiot. I blame the plankton-focused education we are getting at my university. I guess it’s a good thing I’m in the process of widening my zoological knowledge on my own. I am getting the feeling that degrees really are only there for a pretense of credibility. We really need to completely redo how education and learning are done, but that’s definitely a topic for another day.

So, major revelation: kelp is a protist and protists are not what I thought they were. Cool, cool.

But, what algae actually are is the basis of a lot of debate. And I promise, I’ll give you an entire episode in the future. Short version: algae can be plants or protists. Some algae such as Ulva can be assigned to the kingdom Plantae. Not everyone agrees, but when does that ever happen. So, while they are very different from real plants, calling them plants is not technically wrong. Other algae, such as brown algae, and thus my beloved M. pyrifera, are Chromista. In the current structure, those are considered protists. There is a proposed 7-kingdom structure in which the Chromista would be their own thing, and after the headache that researching this has induced, I would be very happy with that solution. So, yes, please, let’s adopt the 7-kingdom approach.

You know what else macroalgae can look like? Coral! There’s some type of algae, mostly red algae, that are calcifying, which means they can build structures called thalluses (please don’t ask me how I remember that one…) that look a lot like coral.

And as I don’t get to talk about real corals today, let’s talk about seagrasses some more.

There are about 80 different species of seagrasses, which means there isn’t too much variety there—and remember: less variety makes species more vulnerable, so we should try not to kill them all off.

Seagrasses are mainly found in the temperate and tropical regions and, like terrestrial plants, aren’t the biggest fans of the cold. I totally get that. They are found along the coastlines because they need light to survive, and the further you get from coasts, the deeper and darker things get.

There is only one order of seagrasses: alismatids. So if you see grass in the ocean and someone asks you what it is, just answer that, and you’ll be right. There are a few different kinds of seagrass, but as I don’t want to bore you to death, let me mention only the common representative:

The seagrass that looks most like grass is the family of the Zosteracea. Zostera marina, the Common Seagrass, is the marine flowering plant with the widest range. In some places, it dies off during the warmer months. On the other hand, it can survive in the Arctic regions, where it can endure several months under the ice each year. Pretty impressive. In German, Zostera marina is called Großes Seegras, so large seagrass. And considering the fact that its leaves can reach up to 250 cm length, I agree with that assessment. Large indeed.

Dwarf eelgrass, Zostera noltii, is at the opposite of that spectrum. In German, it’s very creatively called Kleines Seegras, so small seagrass. As the dwarf, it’s leaves only reach 20 to 30 centimeters.

In general, the smaller-bodied seagrasses have small, thin leaves with small rhizomes (the part of them that grows under the sediment to reproduce asexually), and act a lot like guerrilla fighters with their short bursts of abundant flowering with many small seeds which can turn into seed banks for better times.

Larger-bodied specimen usually have larger, thicker leaves with larger rhizomes and fight more of a phalanx strategy with long lives and a slow turnover. They have a much higher biomass and holds their space. They produce few large seeds that germinate rapidly.

The brown algae are called Phaeophyceae, which I’m sure I’ll never actually remember because it has way too many letters in weird places. Phaeo- means dark-colored and -phyceae means seaweed. So, the name makes sense, but how the fuck am I supposed to remember that spelling?

The red algae are the Rhodophyceae, and as red is Rot in German, that kinda works for me. Rote phyceae.

And then there’s the green algae which are called chlorophyceae, which makes sense because we’ve already established that chloro- means green.

Each of these groups is roughly identifiable by how they look. The green ones are typically green algae, the brownish ones typically brown algae, and the red or reddish ones usually red algae. You probably guessed that much. More reliable is looking at the pigments they use for photosynthesis, the way they store their energy (e.g. what type of starch) and by the components in their cell walls, but as most people don’t run around with photometers or whatever you need to do that, the colors work well in a pinch.

Whatever their color may be, their importance for our climate is undeniable. From tiny photosynthetic dinoflagellates (green algae) to the enormous Giant Kelp (brown algae), there is endless diversity among the different kind of kelps. We don’t know how which types of algae will react to the rising temperatures and increasing ocean acidification, but one things is certain: the more diversity there is, the better the chances that some kelp will survive.