All that carbon dioxide that humanity has been throwing into the atmosphere has to go somewhere. The ocean is an excellent buffer but it isn't fast. The surface ocean becomes more and more acidic and organisms of all sizes suffer because of it.

Global warming, sea level rise, desertification, green house gases, and today's topic: ocean acidification—these terms get thrown around when people talk about the climate crisis. But what do they actually mean for the planet, for us, for the animals, the plants. Why should we care about a more acidic ocean?

Since the Industrial Revolution, so the point when we humans started burning fossil fuels for our benefit without giving a fuck about the planet, the pH of the ocean has risen by about 0.1. pH doesn't have a unit, so it's a bit hard to know what this means. The pH scale is logarithmic. You get the pH of something by taking the logarithm of the hydrogen concentration. Don't worry, you don't need to understand that. The important part is to know that it is a base-10 logarithmic scale, so every step on the scale mean times 10, not plus 1. It's like sound. The decibel scale is logarithmic as well. Many nature things are logarithmic.

As you are probably not one of the people who have a natural feeling for logarithms, let me put that into perspective: going up 0.1 on the pH scale means about a 30% increase in acidity.

Ocean acidification changes the biogeochemistry of the ocean. It changes how nutrients cycle through the ocean. It changes the pH which means that there is a different gradient between e.g. the inside of a single-celled plankton organism and the outside. If you are big like us and the pH changes a bit, you might get some irritated skin or whatever other annoyance, but if you are a single cell, that change changes everything. Because the change in pH means a change in protons in the surrounding water, this means that the charge of the water changes and things don't move the way they should. It is kind of like when you put a freshwater fish into salt water and they shrivel up because the salt in the water draws out all of the water. Nature tries to keep things in equilibrium, all the time. So if there are more ions outside the cell membrane, water gets moved to that space to even things out. If you throw a saltwater fish into freshwater, the water moves into their body and they bloat up. Similarly, if you are a tiny single-celled organism and there are more protons (positively-charged hydrogen ions) in the water, then things are out of balance and your body has to work so much harder to keep up your balance against the greater balance of the ecosystem.

It's like trying to fill a kiddie pool with a hole. You put in bucket after bucket of water, but some of it escapes through the whole. If you keep running back and forth from the tab to the pool, you can keep the pool at the right fill level. But as soon as you stop working, take a break, try to enjoy the kiddie pool or whatever, you lose and the water drains from the pool. Now imagine that pool is your body.

And, of course, the change in pH didn't happen over night. Of course, most organisms have a range at which they can comfortably maintain their levels. And at a single-celled level, evolution happens rather fast, so some organisms have adapted to the higher acidity.

But there is only so much these organisms can do. If you are an organism that uses calcium carbonate for your shell or any other part of your body, this shell dissolves in the more acidic ocean.

So what about larger organisms? The shells of mollusks grow misshapen; organisms grow more slowly (because they need to put some of their energy toward maintaining balance); reproductive cells don't develop right or show inconsistencies such as all offspring being female; fish get sick more easily.

Ironically, if your reef fish get sick, you can soak them in freshwater for a short time, because the smaller organisms that are making them sick are killed by the imbalance more quickly than the fish and the fish can cope long enough that they survive. It's like going into the sauna if you have lice. Lice die at the temperature much more quickly than you even get uncomfortable.

One thing you need to keep in mind is that larger organisms typically don't come into the world as large organisms. If you look at the larvae of a 1-day old Pacific oyster, for example, it looks smooth and round at optimal pH but crumpled in lower pH.

If it can't survive the larval stage, it can't grow into an adult oyster. And then there's the shell problem again.

So, as so often, there is an ecosystem (or in this case a giant ocean with many ecosystems) our off balance. You probably already guessed that we are to blame for this. We did this by adding too much greenhouse gas into the atmosphere. The atmosphere holds only a small portion of the carbon dioxide (and other greenhouse gases) released by humans and natural processes. Most of it goes into the ocean and gets buffered by the ocean. We'll skip the chemistry because I've talked about it before (in essence, the carbon dioxide reacts with the water to form carbonate ions but if there is a lot of carbon, they form bicarbonate ions instead).

The ocean is a great buffer. But it takes time to move the carbon dioxide to the deep sea. It takes more time than our current pace of adding more and more and more allows for.

One thing I learned from owning aquariums (no, I don't like that we have them but I took on a responsibility, so I will keep these fish as happy as I can until we move out of Germany) is that plants even out carbon dioxide pretty well. The fish and other organisms create dirt, breathe out CO2 etc. and the plants use it up to grow and produce oxygen. In a well-balanced system, this all evens out.

But we can't just go around and add more algae and kelp to the oceans. We need to stop the flow of greenhouse gases to give the ocean a chance.

In California, Catherine O'Hare is planting seaweed to help the local ecosystem maintain balance. They use local seaweed at the moment to minimize their impact, but it looks like they are also looking into other seaweeds which makes me scared of invasive species issues. But using local sea weeds, there is actually potential in this plan. The State of California Ocean Acidification Action Plan published in 2018 examines this potential.

While I think that these kind of plans are great and we should explore ways to help our oceans, the best thing we can do is to stop the flow. These projects slow down an issue in certain regions (near the coasts) but they won't solve the problem. We need to solve the problem by stopping the endless addition of more and more CO2 into the atmosphere.

Adding more seaweed, like planting more trees, is no replacement for slowing down.

Adding some plants around that hole in the kiddie pool will slow the flow, but we'll still need to keep running and running with our bucket to keep the pool filled—especially if the metaphorical hole in the pool keeps growing. 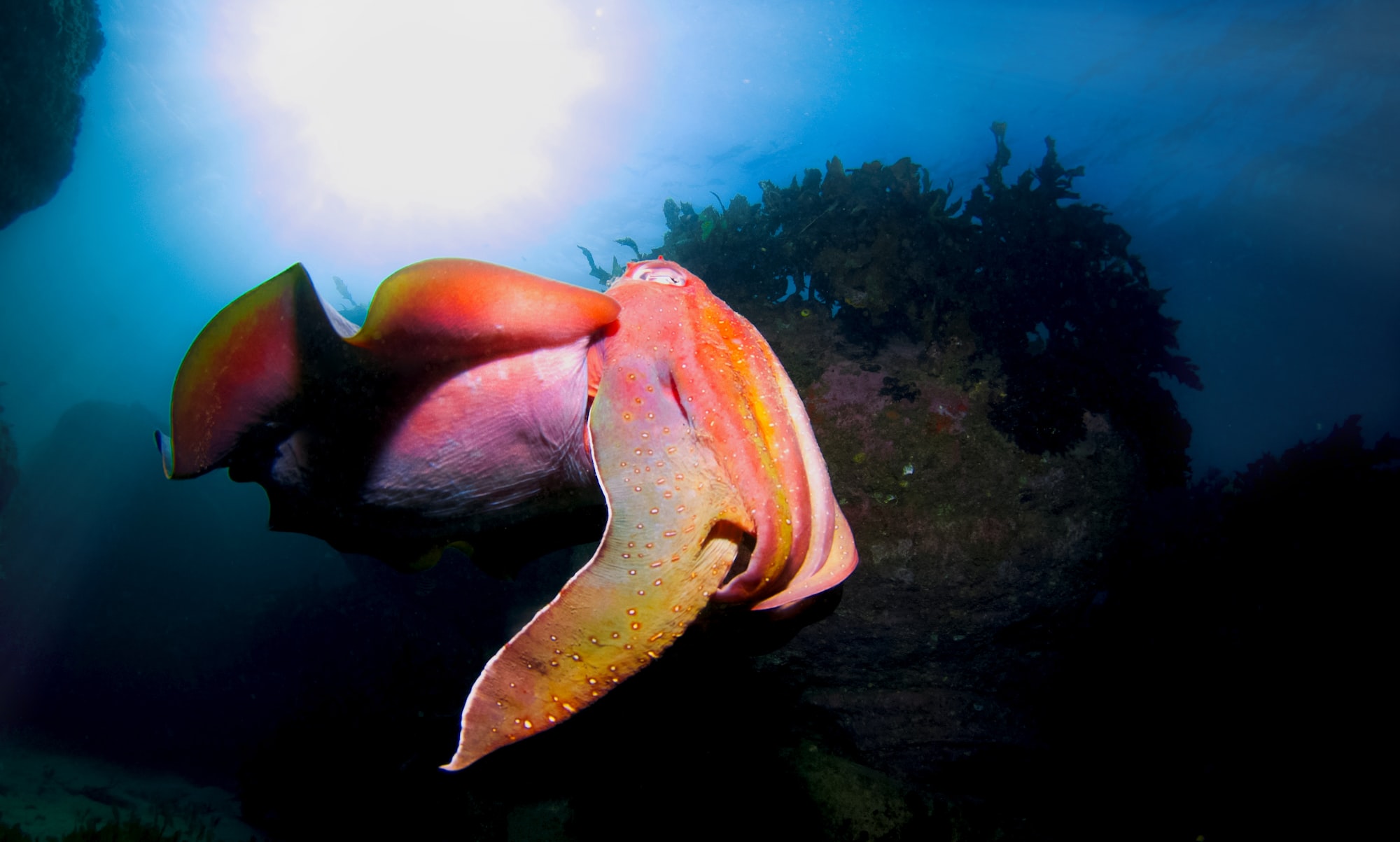